END_OF_DOCUMENT_TOKEN_TO_BE_REPLACED The crystal has been valued as a rare stone with
various power since the ancient times.
Before developments in medicine it has been used 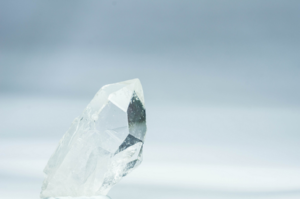 to heal the bad part and fatigue of the body.

The crystal skeleton which was excavated as remains of Maya civilization and Inca Empire has been used as a charm against evil.

Quarts watch and optical fiber and others, the crystal plays an active part in every scene of the technology. However, artificial crystal except the power to release is used now because only power to put electromagnetic waves into is necessary.

To put as accessories the crystal which form a spiral clockwise is to take the things which is not good for the person, and influence appears to the having person.

The earth’s rotation and the revolution, the flow of the wind, the things in the natural world form a spiral counter-clockwise all.

This products use natural crystal which form a spiral counter-clockwise. And the specialized craftsman of Kofu who is highly regarded at home and abroad, in the art sculpture of the crystal and technology of jewels and ornaments. They handcraft one one from an uncut stone to abrasion carefully.