END_OF_DOCUMENT_TOKEN_TO_BE_REPLACED

I walked on the rail to do duty all my life.
I had a weak constitution since childhood,
I was nearing my end many times but revived, until now.

■I always had got information from cosmos, since childhood. I had asked to cosmos, and when I had been asked from cosmos, I had answered. I can understand one’s mind, saw through the distance far, and flew to the favorite place by the consciousness body.

■1990
The consciousness of three gods entered the body, and contact with complete cosmos began from that moment. Then I was given power to pour cosmic energy into the water, everything on the earth, from Onisaburo Deguchi.

●Listen.
“You were able to hear the voice properly, continued having the feeling in the days of the child, talked. Work in accordance with the message from cosmos, from now on.”
●Don’t read a book and a newspaper.
●Don’t be influenced by the opinion of others.
“The water stagnates at every place, and food is affected. All is influence of the water. If the water is pure, all get well. Let’s give you the power.”
“Cosmic energy is the source of energy of all creatures on the earth. Pour cosmic energy into water.”
“A lot of disease that cannot be cured by medicine will occur in the future. Use that power for healing it.”

I was said like that.
I continue thinking about only achieving my duty since I was given this power.

■1994
Enforcement of the examination of water in Setagaya-ku Sanitation Section.

■1995
After The Great Hanshin Earthquake went to that place.

After The Great Hanshin Earthquake, when the uneasiness of the expansion such as infectious diseases has begun to spread, I receive revelation “Go to Kobe.”, went to that place.
The moving was difficult in the wreckage, I thought that I could not go around that places.
However, a taxi appeared suddenly and could go around many places , and I could convert the water in the large-scale water tank and on the map. Infectious diseases converged afterwards without happening.

■1995
It was introduced as the spot of “Healing” of modern Japan in “Power Space/March Issue”.

■2009
In “a healing fair” held in Tokyo Big Sight, I was requested from an exhibitor, conducted “the water experience”.
After I converted the water through a telephone from Setagaya-ku, most people were surprised at the change of the water and brought great response.

■The present
“You will not be able to even eat the fish.” “Diseases not to be cured by the medicine will increase.”
While the messages from cosmos for 20 years become reality in sequence, I continue activities straight to achieve my duty as the messenger from cosmos. My duty is to send the water (cosmic energy water) which is said to be “The water such as the Noah’s ark” among people knowing it to a one-third person. 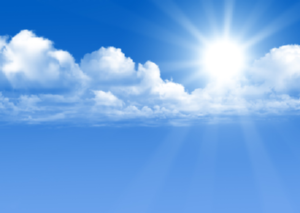 Because all creatures are natural products from the macrocosm, to live naturally is to live in cosmos.

In such a condition, when a hope that welled up naturally is talked in a natural mind, before we knew, it comes true well.

To have a wish of desire or egocentric thought can not get on a flow from cosmos, can not be given the power from nature.

Cosmos always is sending energy to take the contact towards each planet.

When you have a pure heart to be able to receive it, you are given splendid energy and the power from cosmos, and will be able to take the contact.

A pure heart is not cupidity and worldly desires, does not demand the reward, it is a mind to want only a quantity necessary to live in the same way as animals or plants.

The earth is covered with the dirty atmosphere, and cosmic energy did not arrive. On the earth, a human being can not choose the good thing in all of foods, clothes, things of the house, and can not feel.
It is the influence of the dirty air, and it is influence of having used much medicine to food and soil and water so that purification of nature cannot restore it at all.

The bred animals can eat only bait given from a person, can not know whether it is good or bad by animal original intuition.

In such situation, we regain creature original intuition, and must live while cleaning bad things.

It is that it lives naturally that many people are able to have pure hearts, take the contact from cosmos, choose good things, feel, be given the power from nature, and live happy.

I want to perform that it is possible now by the power not to pollute the earth.